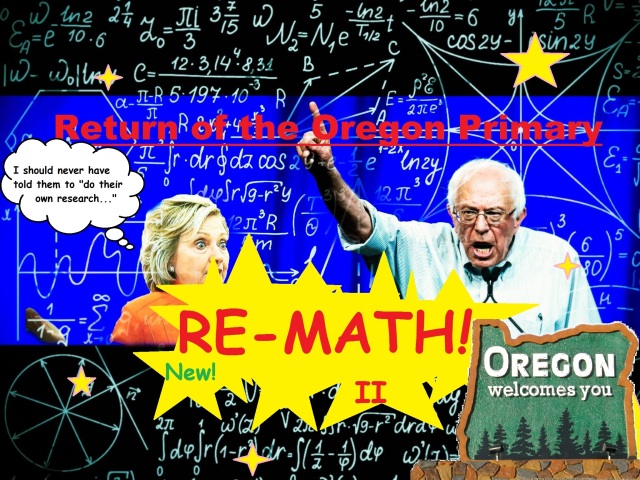 UPDATE: [5/23, 3:31pm PDT] I am expecting some counties to publish updates this evening (5/23) and tomorrow (Tuesday, 5/24) — I will update the math in this article on a rolling basis & re-share/re-tweet the article after significant updates, at my discretion.

Hello, folks! Whew! I’ve just finished scouring Oregon’s 36 different county websites! It really wasn’t that exciting but, if you’d like to know what it was like, just imagine yourself in an almost impossibly boring labyrinth of PDFs & spread-sheets — then, add a bunch of patriotic, 90’s-era stars-and-stripes graphics. That’s pretty much it.

But — once I’d obtained most of the numbers that I was looking for — things became much more exciting! I know that some of you have been waiting all day for this update, so I’ll cut to the chase!

Ok, so: I’ve had the chance to crunch the numbers from six out of the ten most-populated counties in Oregon, along with a good handful of the smaller ones (I couldn’t find updated data for a lot of them, but I’ll be blowing up their inboxes with questions until I get it). So far, I’ve gotten updated counts from 8 different counties, including the 5 most-populated counties in Oregon, but not all of them have updated since the night of the primary, on the 17th.

So far, from a mere 8 counties, I’ve already uncovered…

For those of you who don’t feel like using a calculator right now, that means that Sanders is taking…

Or a whopping 67.3% of all incoming votes that the AP hasn’t reported!

Right now, the AP (who feeds the elections results to every major news organization that you can think of) is reporting this:

But with the unreported ballots that I’ve uncovered on county websites, the total of votes-cast comes to…

And Sanders’ total votes comes to…

So — what the AP should be reporting is this:

But they aren’t. They aren’t reporting on this because the AP is made up of all the same people that are broadcasting Clinton’s arrogant claim that she is the democratic nominee. They don’t want to report that 67.3% of the remaining votes being counted are votes for Bernie Sanders — and they don’t have to — because Oregon’s Board of Elections doesn’t plan on releasing certified results until mid-June.

Oh! I almost forgot to tell you — during my search, I stumbled across multiple places where the AP has done the exact same thing! Take Arizona, for instance. As if the rampant voter fraud that had just occurred there wasn’t enough (which the mediaalso mostly ignored), the Associated Press is still ignoring the two-and-a-half percentage points and the additional 30k votes that Sanders gained in Arizona — and the AP **still** hasn’t updated their numbers from these wrong ones:

To these right ones:

Rest assured that — over the coming days — I shall be doing some good, thorough digging — the AP is now on my hit-list — along with the NY Times, Huffington Post, and CNN. I am determined to drag everything that the Associated Press has been ignoring into the light of day. Feel free to let them know that you, too, are disappointed with their reporting:

Hey, @AP! Why are you ignoring all of the votes that have been counted after May 18th in the Oregon primary? Just curious.

Anyway. Let’s move on, shall we?

What I Haven’t Found Out About the Results of the Oregon Primary… yet.

The votes that I have uncovered above are from Multnomah, Washington, Clackamas, Lane, Marion, Yamhill, Clatsop, and Union counties — that’s8 counties. Oregon has 36. The first five are the most-populated in Oregon — the other three are relatively small ones. There are still 4 counties, out of Oregon’s 10 most-populated counties, that I haven’t been able to get updated data on. Many of them have updates that are scheduled to occur between tomorrow and the 24th of May — at that time, I expect to dig up some more votes.

Many of the smallest counties have probably counted all of their votes but we won’t know that for certain for several weeks. I think that there’s a good chance that quite a few thousand more votes will show up before then, in the county updates — especially, in the larger counties (like Multnomah, Washington, Clackamas, Lane, and Marion), where they’ve had to deal with large populations and an exceptionally high turnout (over a million, including non-democrats). If they come out of Multnomah County (think Portland) or Marion County, we’ll be taking around 69%. If they come out of Lane County, we’ll take about 64%, and if they come out of Washington County — well, we’ve been taking 76% of the recently-counted ballots there! Those are all good numbers — but we won’t get to see them, immediately.

A Few Quick Things to Clear Up

I’ve gotten mostly-positive feedback about the last article on the real numbers of the Oregon primary but there were a few points where some people became a little bit confused. I take full responsibility — I could have stated some things more clearly but I am human and these things happen.

First thing — precincts! In my last article, I believe I said something along the lines of “Oregon doesn’t have precincts.” Which is basically true but not really — here’s the thing: precincts do, indeed, exist in Oregon but they have almost nothing to do with how the votes are tallied (like they do in other States).Precincts exist — but they don’t matter when we’re talking about elections results. This is because Oregon has a pretty awesome mail-in ballot system in place, which does away with all of those stupid voting machines that they have in some states But, since we don’t really have polling stations, in addition to the fact that most people mail their ballots &, if you don’t, there are ten-gazillion drop-boxes that people can use (regardless of what “precinct” you live in) — for all of those reasons, our results don’t get reported in the same way.

I said “Oregon doesn’t have precincts” because I didn’t want to explain all of that boring stuff I just explained. It would have been clearer if I had said, “Oregon has precincts but they don’t matter and the AP is just kinda making the percentages up.”Anyway, it backfired. Sorry.

The second (and last) thing is: in the last article, all of the extra votes that I was talking about were from Multnomah County (most of Portland) and the percentage points were for the totals from Multnomah County, not all of Oregon. I saw a few people on Twitter that had come away with the idea that we had already jumped quite a few points in the state-wide race (although, of course, that number isrising, too). Anyway, I just wanted to clarify — right now, the state-wide results are 56.8-43.2%, with the county’s totals added to the AP’s crappy, 3-day-old total. I feel confident that over the next few days and weeks, our numbers will continue to rise — just be careful that you don’t mix up county and state totals!

Also, I swear I’m getting around to answering all of my emails! So, if you’ve emailed me, I’m not ignoring you! I’m just a little bit backlogged — feel free to send another, if you think I’ve forgotten you!

That’s all, for now but, in the meantime, remember to question everything the media is saying, right now! They would not be lying so openly as they are or cheating so blatantly, if they weren’t scared — they fear California. They know that we can win and they are throwing everything they have at us — so, don’t be surprised when they’re saying all sorts of things on the news. I assure you, very little of it is true! We are doing well — Clinton’s corporate-media donors will try their hardest to convince you that we aren’t going to win and that you should give up — don’t! I repeat: we are doing well! Keep sending me their lying articles and I shall keep debunking them, as fast as I can type! Above all — keep donating and phonebanking, my friends!

I shall write to you, soon.